10 Best Places to Visit in Canada

Canada is a big country, it is the second largest country in the world. Therefore, it is hard to visit all the whole country in your trip. Check out top 10 best places to visit in Canada, you will save your time when traveling to Canada. 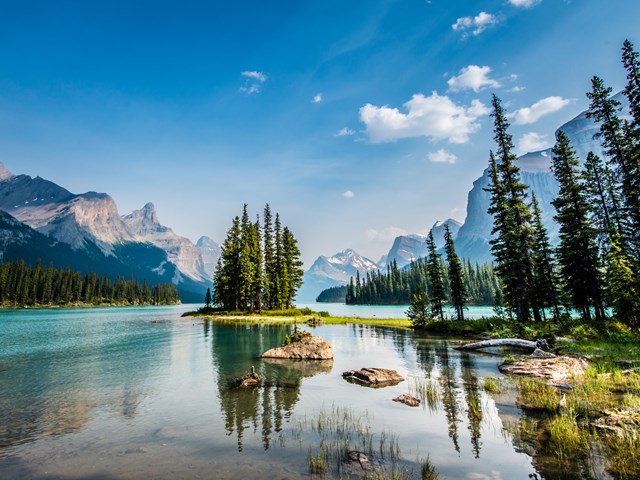 As the largest national park in the Canadian Rockies, Jasper is ripe for exploration. When you’re not hiking through Maligne Canyon, whitewater rafting down the Athabasca River or snapping photos of Spirit Island, you can enjoy a bird’s-eye view of the beautiful scenery from the Jasper SkyTram. Keep your eyes peeled for the 53 species of mammals that call this park home. 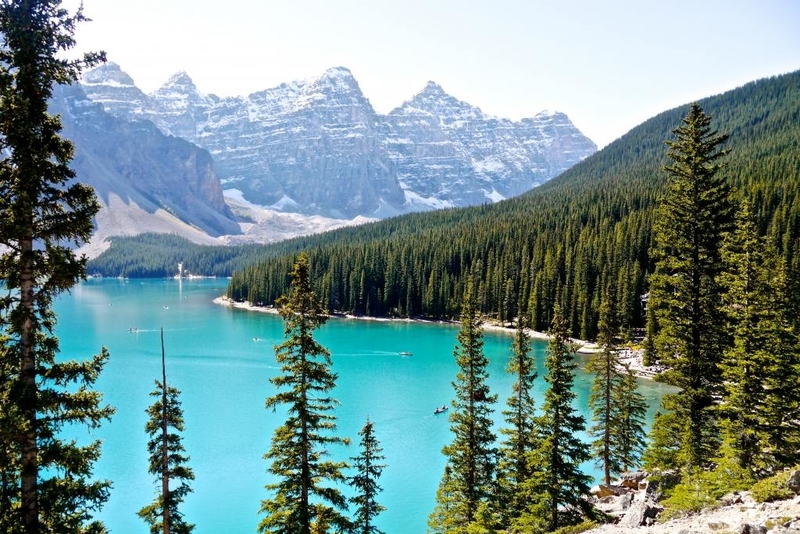 Nestled amid the foothills of the Canadian Rockies, this tiny mountain town in Alberta appeals to both nature enthusiasts and luxury-seekers. Visitors can spend their days skiing or hiking at Banff National Park and floating down the Bow River before retiring to one of the several opulent hotels for some spa therapy. 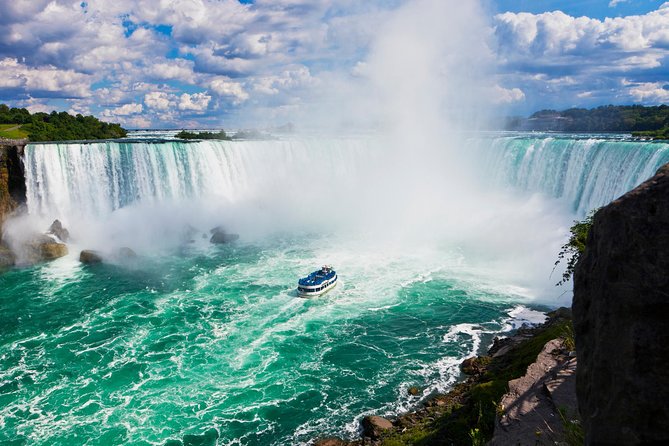 Travel here to see and capture photos of the iconic natural attraction. Hop on a Maid of the Mist boat to admire (and feel) the power of the falls up close. After you’ve gotten thoroughly soaked, explore the area’s other top attractions, such as the Niagara Glen Nature Reserve, which offers a variety of hiking trails. 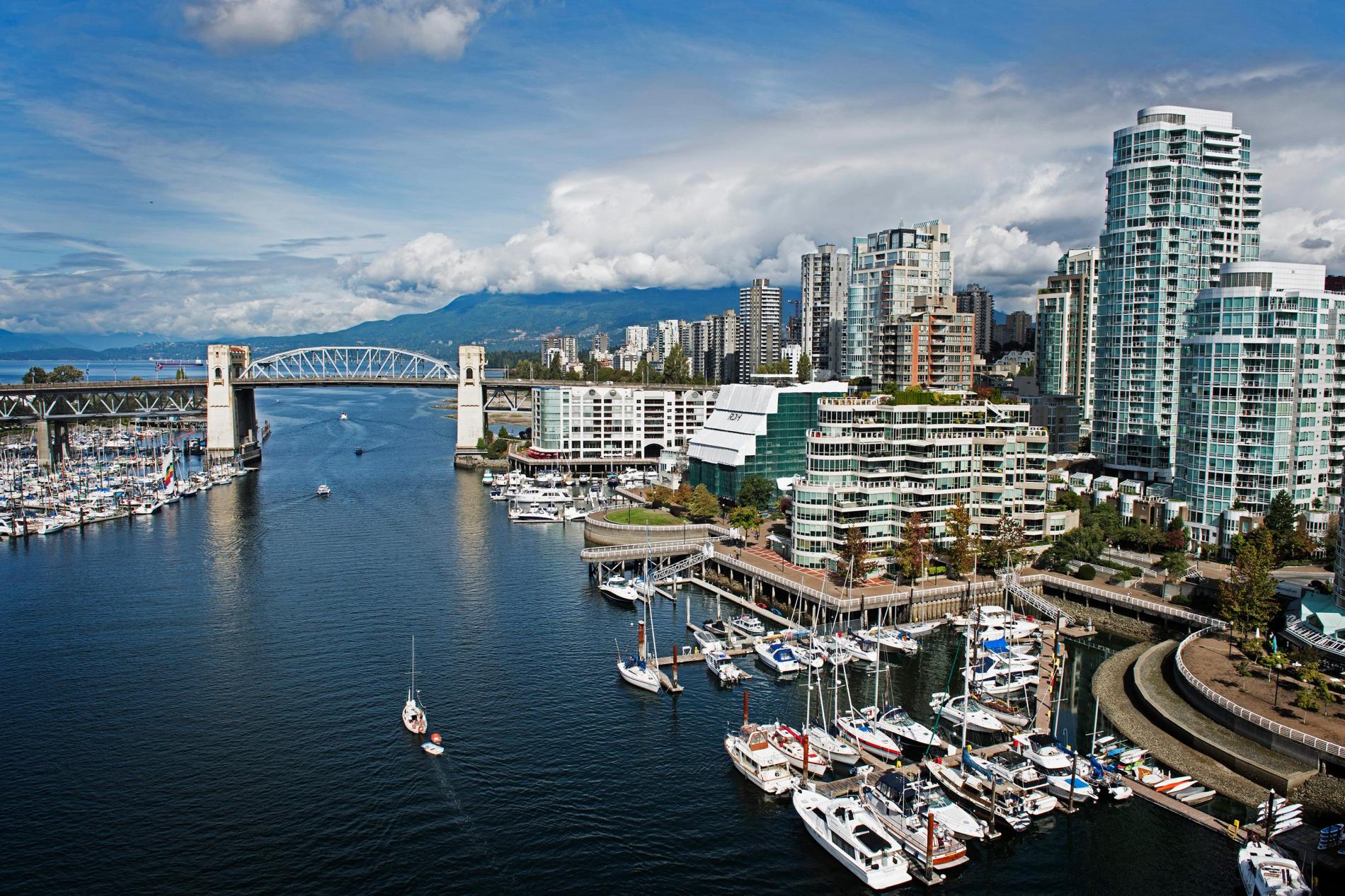 A trip to Vancouver is all about embracing the outdoors. Vancouverites spend their days skiing on Grouse Mountain, swimming at Kitsilano Beach and strolling through the sprawling Stanley Park. Plus, Vancouver offers plenty of cultural attractions, including museums and outdoor markets (Granville Island is a must-see).

While Montreal and Québec City honor Canada’s French roots, Victoria pays tribute to the country’s British heritage. Many visit British Columbia’s capital for afternoon tea, a tour of the Parliament Buildings or a history lesson at the Royal British Columbia Museum. Others are interested in sampling Vancouver Island’s wineries. Meanwhile, animal lovers enjoy the abundance of marine wildlife that call the waters surrounding Victoria 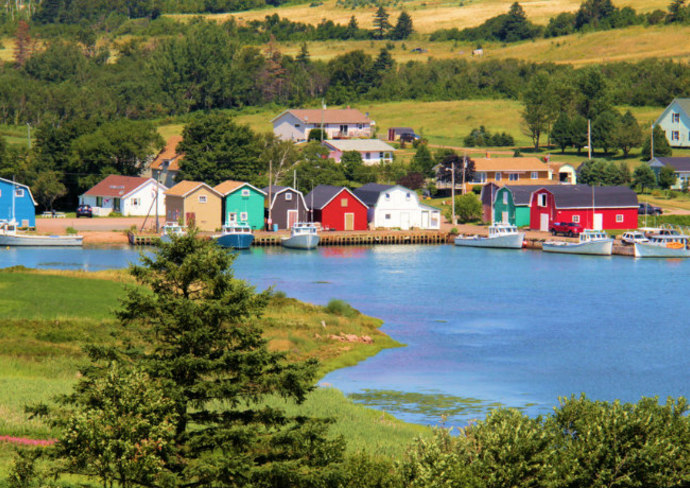 Home to rolling green hills, red sandstone cliffs and a delicious bounty of seafood, Prince Edward Island is the place to travel for a relaxing respite from Canada’s more adventure-driven destinations. When you’re not enjoying the beach, perfect your swing at one of the island’s golf courses. And be sure to keep an eye out for PEI’s adorable harp seals. 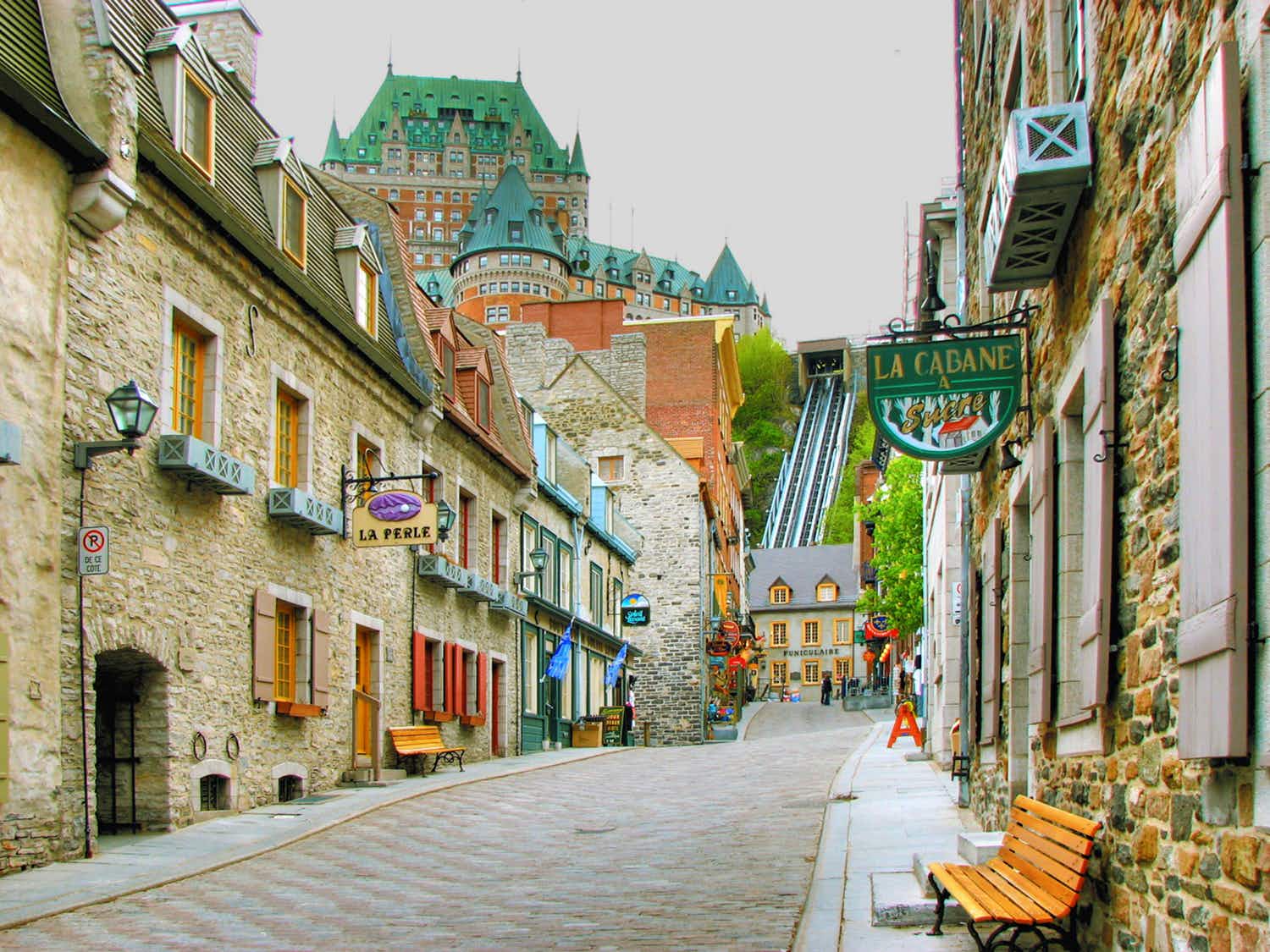 A trip to Europe may not be in your budget, but a visit to Québec City could be. This Canadian city charms its visitors with the 17th- and 18th-century buildings that make up Old Québec – a UNESCO World Heritage Site. 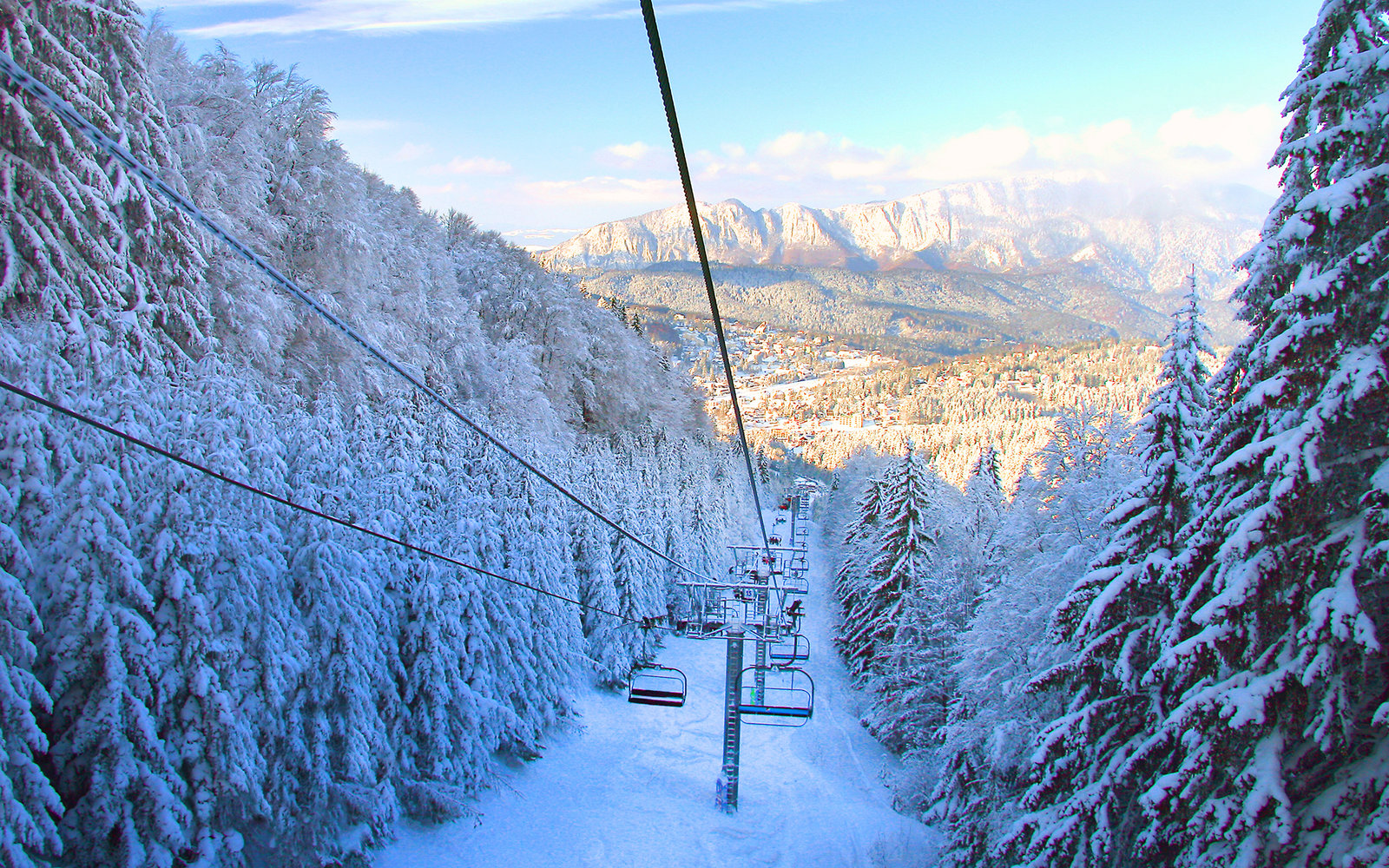 Take adventure travel up a notch with a visit to Whistler. the Whistler resort is the largest and most famous alpine ski destination in North America. Located in the Coast Mountains of British Columbia in western Canada, Whistler is a two-hour trip from Vancouver along Canada’s most scenic drive, the Sea-to-Sky Highway. 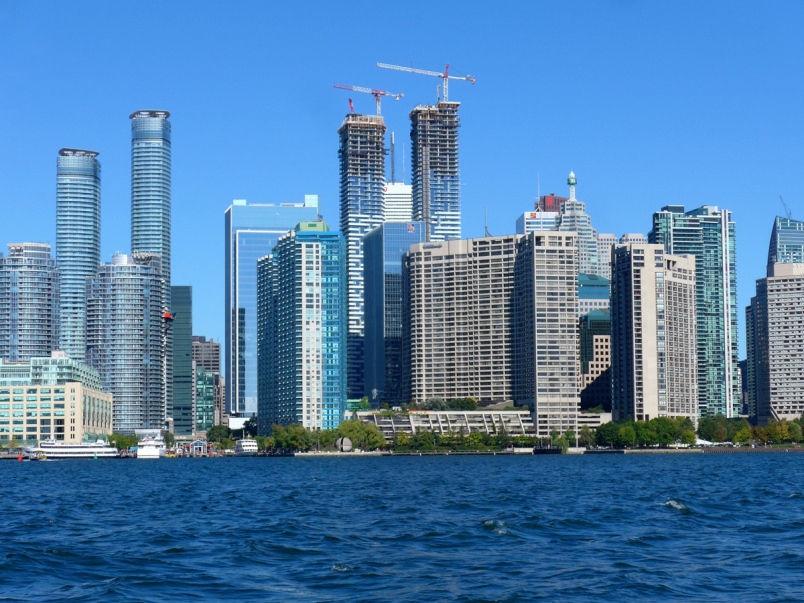 The capital of Ontario, Toronto is the most populated city in Canada as well as one of the largest cities in North America. With a large number of ethnic districts like Chinatown, Little India and Little Italy, Toronto is also one of the world’s most culturally diverse cities. Cape Breton Highlands National Park 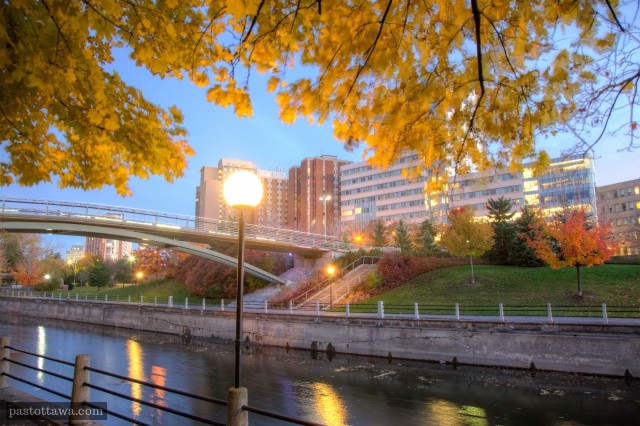 Ottawa is the capital of Canada, is the fourth-largest municipality in Canada by population. As the nation’s capital, Ottawa is home to many financial, commercial and federal establishments including Parliament Hill, the government seat where the ceremonial Changing of the Guard takes place daily during the summer. Running right through the heart of the city, the Rideau Canal is Ottawa’s star attraction. In winter the canal becomes the world’s largest ice skating ring.

Dos and Don’t in Canada

10 Interesting Facts about Canada You May Not Know